For someone who 1. comes from an island (Ireland) whose 2. highest mountain reaches (only) 1038 metres and 3. whose mountains are mostly covered in earth, grass and moss.. hiking in Austria is really a whole new experience – your mountains are sheer, exposed and just RAW ROCK. Whether turning a corner or arriving at a summit, looking around and staring at this ..ROCK that’s just .. THERE, looming, in your face or else growing upwards through the clouds.. the experience is quite mind blowing..

On Saturday 14th 11 of us set off on our hike upwards towards the Hesshütte.
First stop: McDonalds for breakfast – apparently something very traditional at this stage.. And then we hit the road. 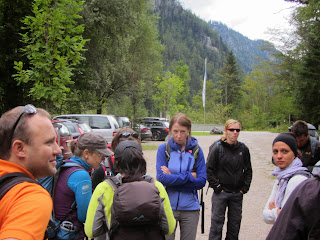 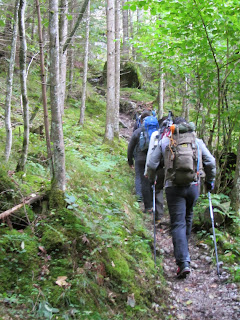 Starting off on the Wasserfall Weg, our first photo stop was well yes – the waterfall.. 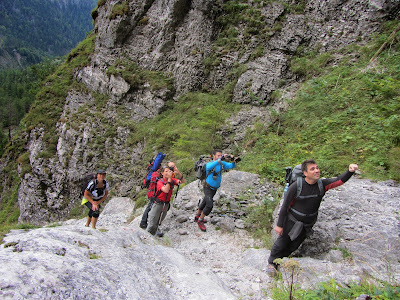 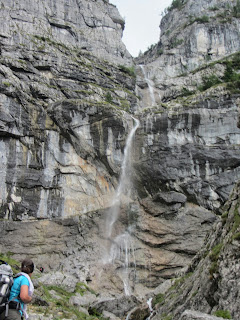 It was turning out to be a good hike already :-)

A few ladders later with some ‘clothes on, clothes off’ stops in between, we spotted our next photo opportunity: Gämse! And not just one, but a whole (mini) harem! 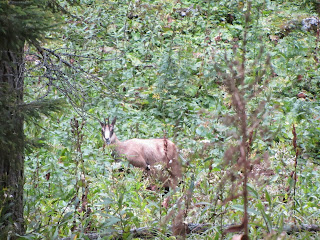 We snapped away, eagerly and desperately - not knowing that in fact we could all just calm down because we were going to see a whole lot more of them the next day too;)
After a total of 4 hours hiking, we reached the Hesshütte, 1699m up. Finally!

As I have come to learn and appreciate in Austria – arriving in someone’s house, everyone takes off their shoes – and Huts are no exception – wonderful! The Hesshütte even provided slippers –how cool! (Cheap tourist thrill here!!)
So, after finding our beds, sorting out gear and getting a bite to eat, off we set again. ..No rest for the wicked ;)
The views around were.. spectacular, breathtaking, beautiful.. Or at least that’s what we reckoned.. ! 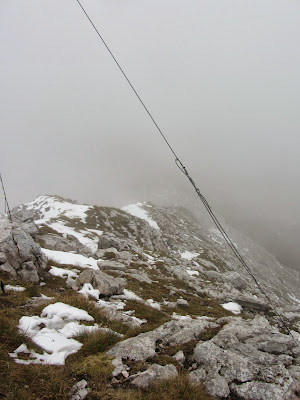 because at the top of  Hochzinödel (2191m) the cloud was down.Visibility was minimal but Silvia kept us motivated, offering around Gipfel jellies.. and erm.. with the added event of my bag knocking half of them to the ground, we really did get to TASTE the Gipfel.. – The three second rule can justifiably be prolonged a bit on top of a mountain.. ;) It’s only clean dirt up here :-)

Lower down, we emerged from the cloud.. just enough for us to see how the sun was shining – on the other side of the valley – typical! 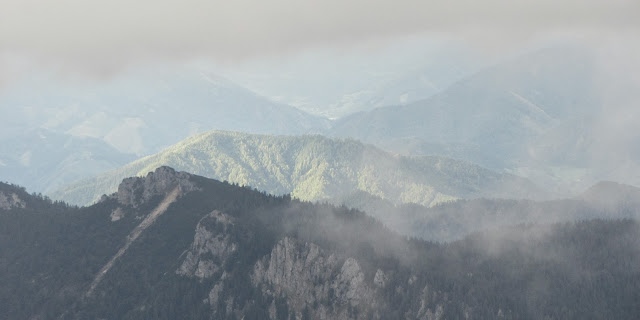 But that was OK, because we were homeward bound, towards the luxury of chairs, tables and FOOD :-)
And damn good food it was too! Spaghetti and salad - Just what the doctor ordered! :-) And did I mention there was also dessert? What Peter is trying to do in this photo, was his own spontaneous idea – this was NOT a dare! – and I think he made it! Schokokuchen – now you see it –now you don’t! 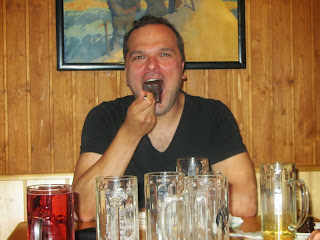 So while Peter entertained with how much cake he could fit in his mouth, later entertainment came in the form of teaching foreigners how to speak Steirisch.. !.. And forcing them up to the bar to practice.. Grüss Gott – ein Laerchen bitte. WIE bitte???!!! ..riiighhht.. – THAT didn’t work!.. eh ein LAERchen bitte?????!!.. hmmm :  o/  but I think I mastered Kas-Presse-Knaedel-Suppe pretty well though, oder?!
“ Like sardines in a sardine can” .. -  I’ve never slept in a sardine can.. but I think I came close in the HessHuette: 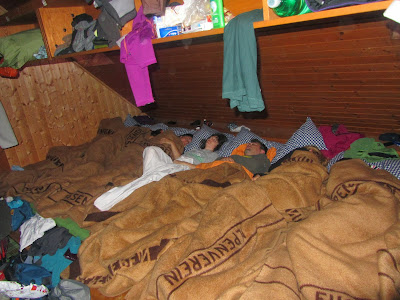 Next morning after a WONderful breakfast (truly – I was VERY impressed with the service in the Hesshütte) we headed off for Planspitze. The rugged rock, speeding Gaemse down the side of a rock face and the views along the way to Planspitze (2117m) kept our cameras very happy. And we got a really nice group shot too :-) 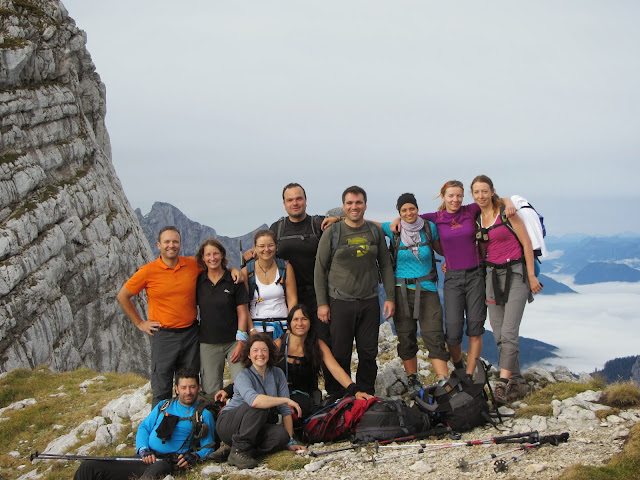 From speeding Gaemse, to speeding Cows.. there must be something in the air in Gesäuse..!
On our way from the Hut to our Taxi pickup point, we encountered a little bit of Austrian tradition – Cows being brought down from the mountain. Unfortunately we were right in their track. .. We should have just let them pass us out at the very beginning.. We could never have outrun them..

They were fast.. RUN Peter!! 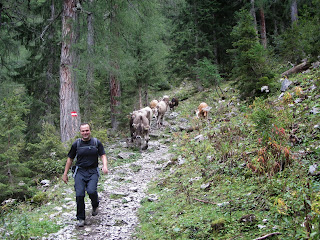 And so were their herders! .. They definitely don’t do this at home! 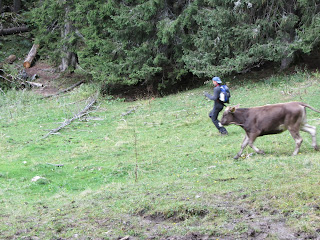 To continue the cultural experience of the whole weekend, down at the Gasthof it was absolutely recommended that Aga and I taste some Sturm. So we did. And it was good. 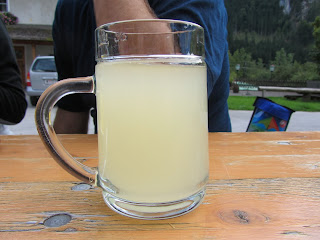 - So we had some more! The next round would simply have to be Schilcher Sturm. So we obliged. We had time. – And the sun was shining:-) 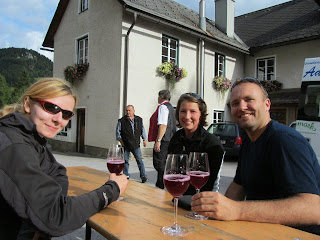 Now, normally the story would end there, except that after we said our goodbyes at the car park, the adventure continued for our carload – when we got stuck in a LLLONG traffic jam, maybe 20 minutes of a standstill? So, Michi disappeared into the woods to look for Mushrooms! And she came back with Mushrooms!

Our last piece of madness for the day came when Michi decided (FOR us that) we should all jump into the Leopold Steiner See. So we did! And it was great. But it was cold. Very cold! Actually – it was FREEZING!  But isn’t that what life is about? Doing mad things just because? :-)

So thank you Silvia and everybody else for a really great weekend, full of all the right ingredients :-)
So - Where are we going next time? :-)